Hi, I've got a new blog on Tumblr instead, which I have found that I am much more active on :D
amarearts.tumblr.com. Hope to see you there!
Upplagd av Amanda Hakim kl. 04:07 Inga kommentarer:

Aside from working on projects, I've been drawing a lot of portraits lately. It tends to be a good way for me to let out some steam. 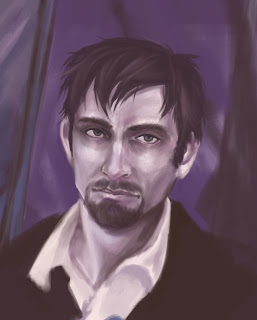 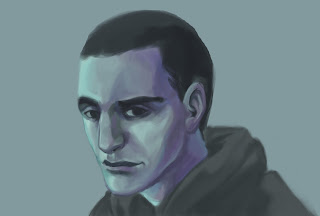 So, I've been completely useless at updating my blog so far. I apologize to anyone unfortunate enough to come across it XD. Anyway, it's been a busy few months for me.
I've gotten a comic job for a very nice man in Scotland. So I'm working on a short story for an anthology with female main that I really like. 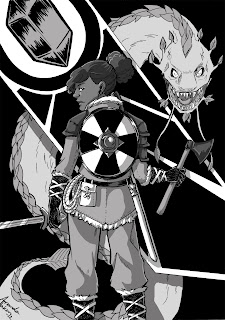 This was a concept I sent to him :D. I'm pretty pleased with it too.
Other than that, I've started university again, my fourth year at attempting to become a civil engineer. It's just as stressful as I remember it, but at least I don't have any re-exams yet.

My friend and I were invited to a dinner with Bioware Edmonton thanks to the comic we have been drawing for more than a year and a half, with fan comics of Bioware's games . The dinner was amazing and so were the people there!

We made some cosplays (which slowly and surely destroyed my will to live, no really!) and went skipping to Stockholm. We got to stay in an apartment that belonged to my uncle's friend. She has a cat named Findus. Findus was adorable, completely round and purred like a pidgeon. I really liked Findus XD.

Aside from all of that, Think Ink Studio, is having a grand exhibition with our art. It's going to be the BOMB! so you should totally come and check it out if you can! 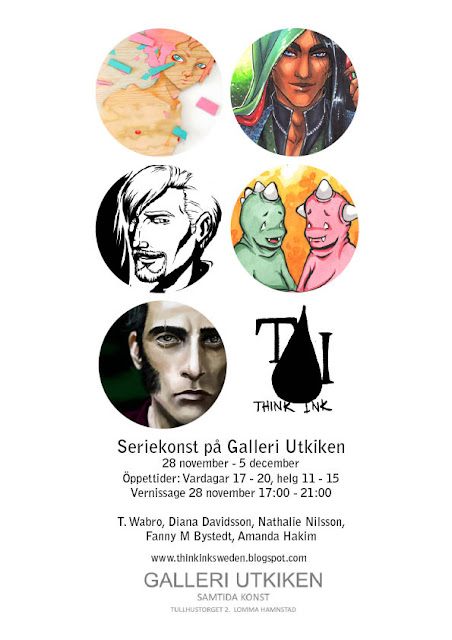 Come and have a look! It'll make me overjoyed!

I've been really into colouring my sketches lately. It's rather rough but I think it's fun, just splashing some colours onto it :D 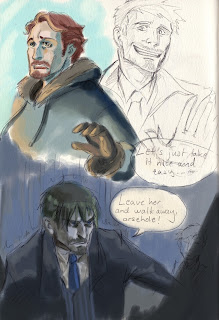 Skicka med e-postBlogThis!Dela på TwitterDela på FacebookDela på Pinterest
Etiketter: Art, sketches
During the breaks at work I relax by drawing. Some of my coworkers find this amusing, others find it weird, but hey it's giving them something to talk about I suppose. 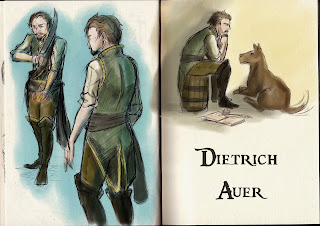 I've been working on a set of paintings for a small project I gave myself. I want to improve after all :D. Here's one of the pictures, it isn't entierly finished. 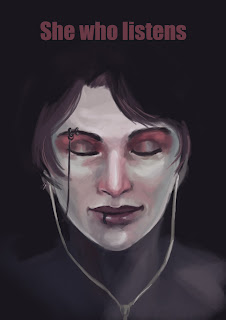 So now I've finished serieskolan D:. I'm a bit sad actually but also very grateful! It's been a great year an a wonderful learning experience. Thanks to all my classmates who made the year magical! <3
And I'd like to remind you all that reality can be scary so I give you this: 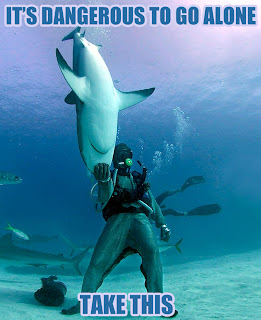